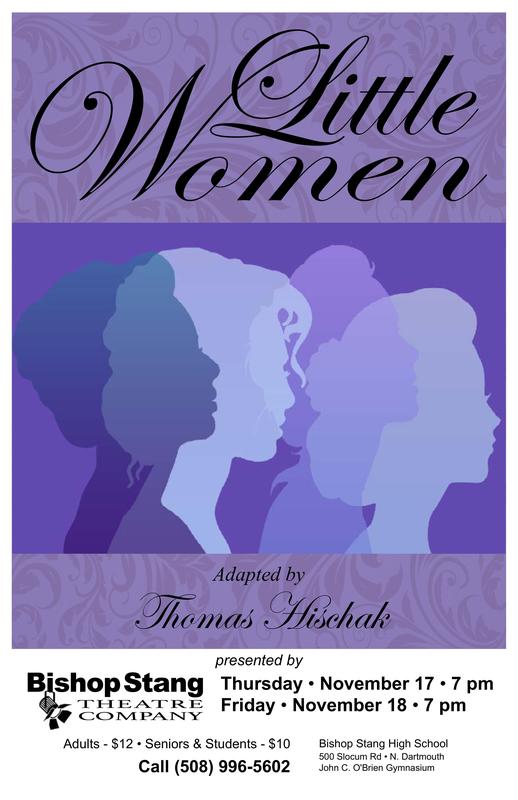 YOU DON'T WANT TO MISS THIS!

The Bishop Stang Theatre Company is thrilled to announce its upcoming production of Little Women scheduled for performances on Thursday, November 17, and Friday, November 18. This is the first of two plays to be presented celebrating the genius and literary contributions of two American women authors as part of its 2022-2023 season. The beloved classic Little Women by Louisa May Alcott will be performed in a dramatic adaptation by Thomas Hischak. Alcott's coming-of-age-story brings to life the talented tomboy and author-to-be Jo, tragically frail Beth, beautiful Meg, and romantic, spoiled Amy, united in their devotion to each other and their struggles to survive in New England during the Civil War. The audience follows their triumphs and tragedies as they grow up, fall in love, and face life.

It is a testament to the genius of Alcott that Little Women has stood the test of time, and still resonates with modern audiences with its ability to charm and delight. It is worthwhile noting that this novel has been made into an opera, adapted for both the stage and television, and has seen seven film adapta- tions. The most recent screen adaptation was released in 2019. In the skilllful hands of Thomas Hischak, Alcott's timeless work remains as close to the original text as one could hope. In this particular version, however, Jo takes on the role of narrator which provides an entirely new dynamic to a work that many know quite well.

The production offered by the Bishop Stang Theatre Company of this beloved work is sure to delight the eye with period costumes and lavish sets intended to transport the audience into the times and world of the March sisters and family.