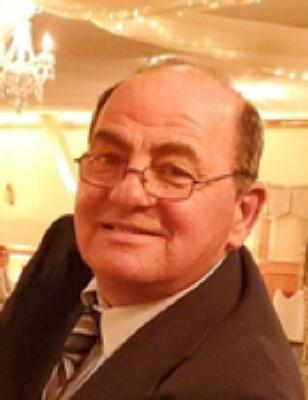 You will be dearly missed by us all, Bob. Click for Bob's obituary
Obituary
Robert (Bob, Bobby) Charles Goldblatt, a beloved father, grandfather, brother, uncle, friend, and lifelong resident of New Bedford, passed away on Thursday, April 28 th , following a three-year battle with lung cancer. He was surrounded by loved ones.
Bob is survived by his children, Ricky Goldblatt and his partner Katie Cabral of Rhode Island, Melissa Stosz and her husband Cody of Amherst, Matthew Goldblatt of Amherst, Benjamin Goldblatt and his wife Maricel of Taiwan, Crystal Young of Leominster, and Sara Moraux and her husband Timothy of Acushnet. He also leaves behind his siblings Alan Goldblatt of Marion, Fred Goldblatt and his wife Kathy of Freetown, Patti Bradley of Malden, Linda Lake of New Bedford, and several grandchildren, nieces, nephews, and cousins. He was preceded in death by his brother Stanley Goldblatt and his sister Peggy (Sheridan) Boland.
Bob was born in New Bedford on October 21, 1960, to the late Arthur and Carol Goldblatt. He enjoyed spending time with family, serving in the Catholic church, riding his cherished motorcycle, and helping those in need. Bob was a dedicated employee of the Fall River Diocese for over 30 years including time with Holy Family-Holy Name School, Catholic Social Services, and Bishop Stang High School.
Bob’s presence was always felt at family gatherings with his positive nature and cheerful temperament, where he greeted all who entered with a hug. His smile could light up any room he entered. He was a beacon of light to those around him, and he never ceased to express his love and gratitude to all those that crossed his path. Bob will be remembered for his devotion to his family and friends, his giving heart, his persevering spirit, and his uplifting outlook that marked his life until the very end.
A funeral service will be held at South Coast Chapel at 158 Middleboro Road, East Freetown, MA on Tuesday, May 3rd from 3 pm - 6 pm. In lieu of flowers and in light of Bob’s generous spirit, a donation in remembrance of Bob can be made to your favorite charity or cause.